During his illustrious career, Neil Shand wrote for and worked with some of the greatest names in British comedy history.

From Spike Milligan to David Frost, from The Two Ronnies to Bob Monkhouse, Neil has been at the heart of some of the best-loved comedy shows ever made.

He’ll be in conversation with writer and critic Louis Barfe (biographer of Les Dawson and British Light Entertainment), they’ll be playing clips and telling tales from Neil’s amazing career. 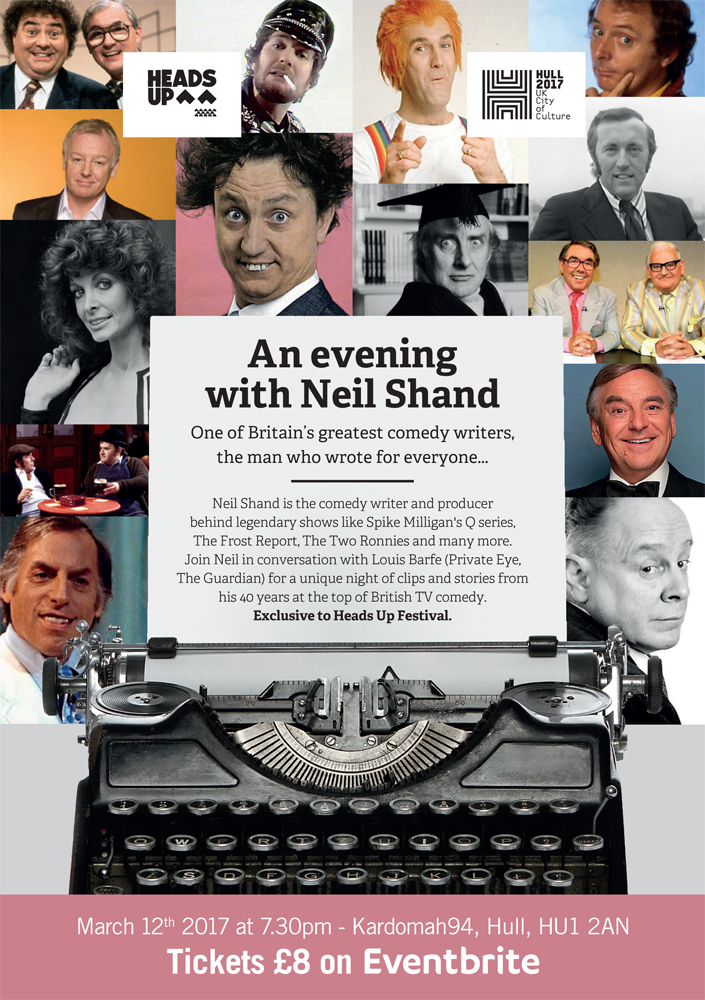 Heads Up is part of the Collaborative Touring Network